We left Hiroshima at about 10:30 in the morning and took the train to Nara. After dropping our bags at the hostel, we headed straight out towards Nara Park. The main street was very quaint and there were lots of restaurants and lovely little shops selling Japanese sweets, tea, fans and kimonos along the way.

We also bought a yomogi mochi sweet from a local stall called Nakatanidou which was warm, gooey and filled with red bean paste. These were very popular, though very difficult to eat without making a mess. They were making them fresh all day and selling them almost as quickly as they came out of the machine! 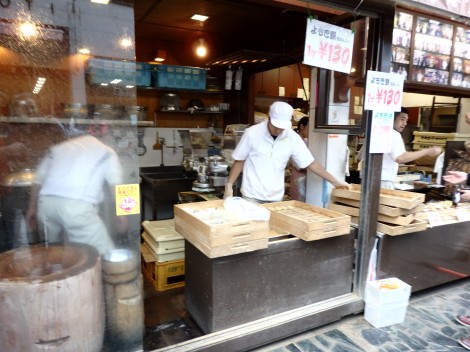 What we discovered with Nara was that if you kept walking, you’d find more and more to see. One of the main things about Nara is the deer, there are thousands scattered throughout the park and around the shrines and temples. 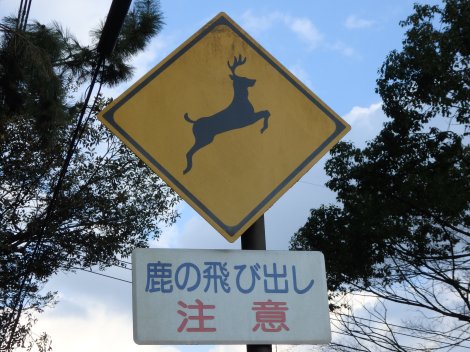 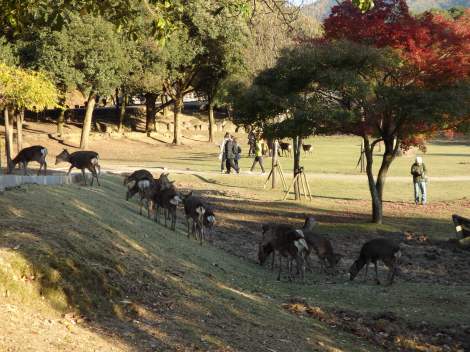 We started at the Sarusawa-ike pond…in which you can see the nearby five storied pagoda reflected in from across the water. 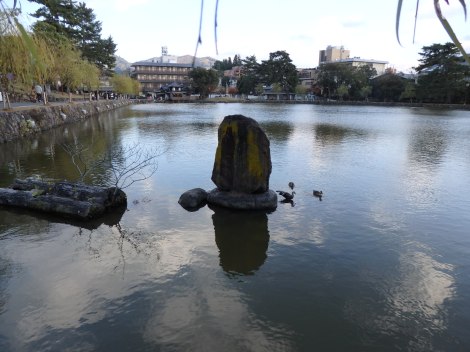 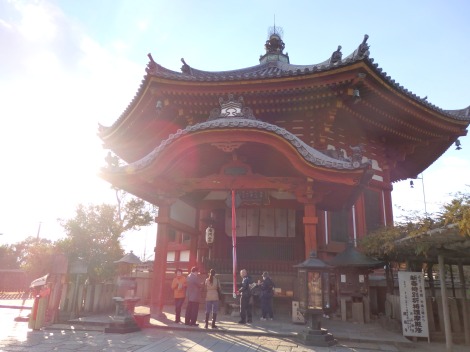 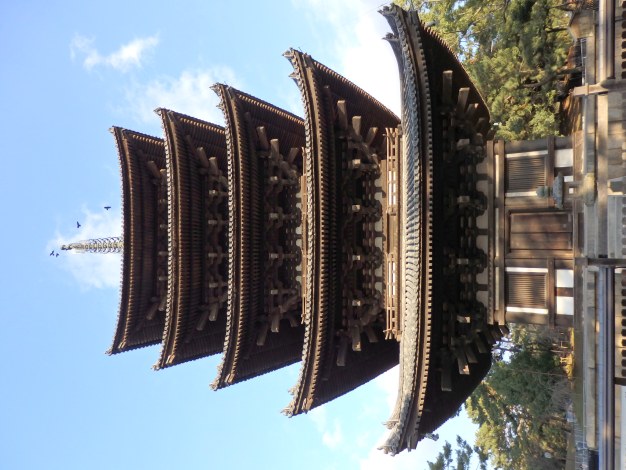 …before beginning a slow steady walk up the hill into Nara Park.

Every few hundred metres or so, we’d see another sign pointing to another sight 500m away, so we just kept going! 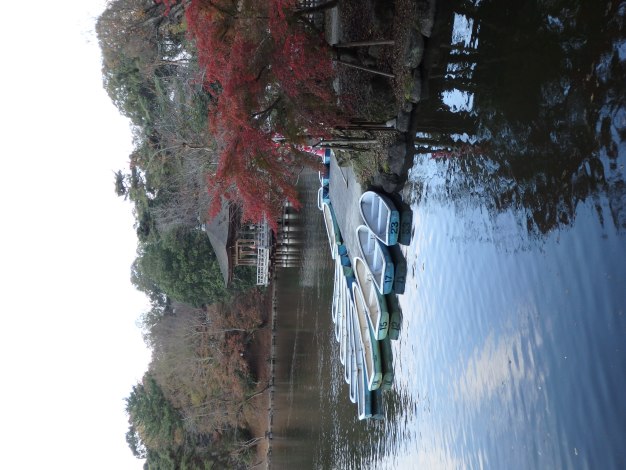 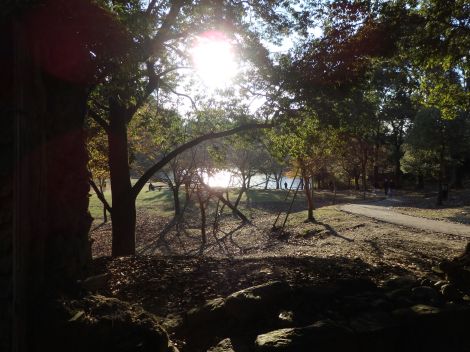 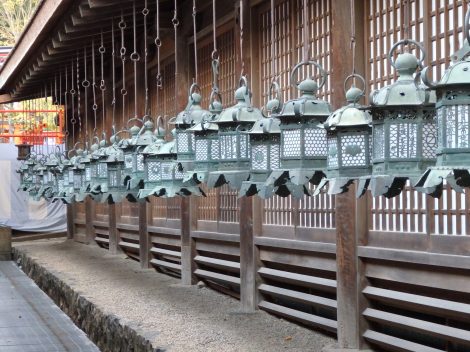 The furthest part of the park we reached (or rather, had the energy to walk to!) was Kasuga Shrine where around 3000 stone lanterns lead the way… 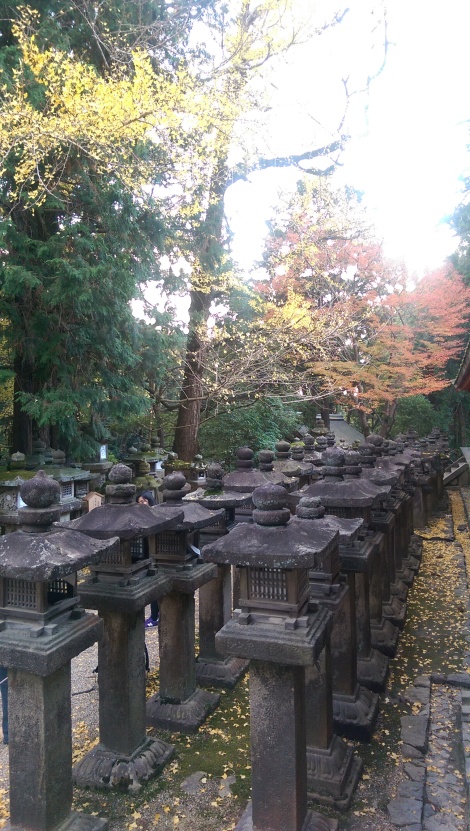 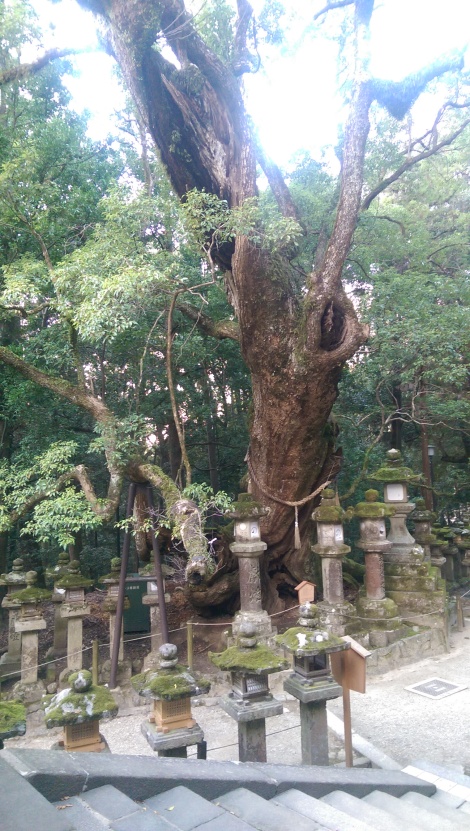 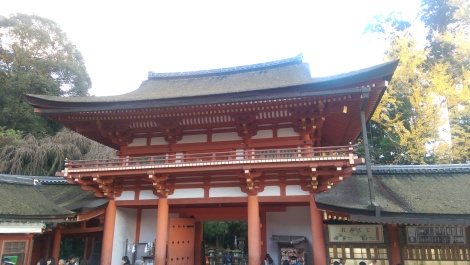 We decided to have an early dinner at Yamato An, which was delicious but also the most expensive meal we’d had so far at around £30. We had the lightest tempura chicken which melted in the mouth, octopus with plum sauce and we even tried grilled stingray fin, which is very tough and chewy and looks a lot like hard foot skin… 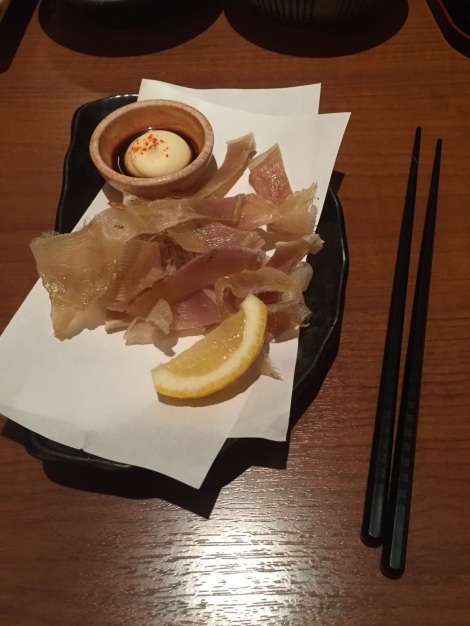 It was nice to have a slower paced day in this quiet historical town, I don’t think I’ve ever walked so much in my life as I have on this trip!

Our next stop is Osaka, which is only about 50 minutes away by train and we’re staying in a ryokan, a traditional Japanese inn.